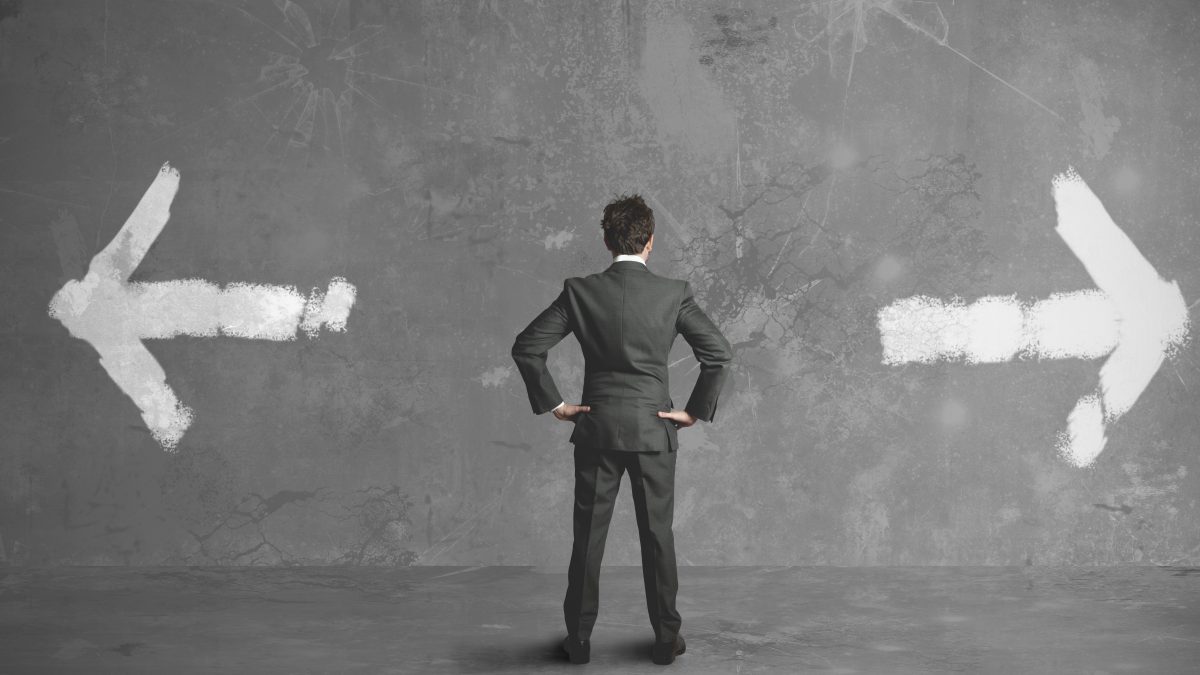 I while ago I posted some thoughts on how having a clearly defined goal can help in decision making. Today I would like to simply encourage you to get into the habit of making decisions. When in doubt, if you make a decision, you will consistently grow.

I recently spoke with someone who had reached out to me. He is working three jobs and really trying to build a future for himself and his kids. It was obvious to both of us that it would help to hire me as his coach yet he struggled to actually decide to move forward. He spoke multiple times of how he either didn’t have the time or didn’t have the money. I happen to know that neither time nor money were the issue. The real issue was that he is in the habit of not making decisions. I’m always sad when I see people around me stuck in not making decisions because not making a decision for one thing is making a decision for something else. I’ll give an example.

Every time this man chose to put off investing in himself by taking time and money and putting these toward his future he was choosing to stay stuck in the activities that aren’t moving him forward. This happens to all of us. There have been times in my life when I chose to put something off (for whatever reason) and ended up missing out on opportunities.

I encourage you to practice making decisions. Usually what stops you is simply fear. Fear is almost always a dead giveaway that you are stuck and need to break habits and routines that are keeping you stuck. When stuck, make a decision. Not based on emotions in the moment, but on sound reasoning that you’ve contemplated for a long time.

This person I recently spoke with will, at some point in time, grow in the ways he needs to. I don’t doubt that. He wants it badly enough and he is someone I truly do respect. I want you to keep that in mind; whether or not you struggle with decisions is not a character issues in any way. It is simply a pattern.

I love speaking with people who have a lot more life experience than I do. I find there is so much wisdom in people who have lived over 6 or 7 decades. Every once in a while people will share stories of regret that they did not follow through with an idea or take action on things they wanted to to. Rarely do I fear any of my elders say they regret making decisions and moving forward with things because even when they didn’t turn out as expected they become learning activities. If you are sincerely in doubt as to whether or not the decision is too risky you can ask yourself a simple series of questions: 1. What’s the best case scenario? 2. What’s the worst case scenario? 3. Can I handle the worst case scenario and survive? Asking these questions can bring clarity to many decisions that really have very little risk and a lot of reward attached.

Here’s the challenge for today. That thing you know you need to do? Take action today, even within the next five minutes and begin to process of getting it done. Make a decision right now.

I’ll end with another favorite quote: “Doing the same thing repeatedly and expecting different results is the definition of insanity”. Isn’t it time to experiment with doing something different?