“Think and Grow Rich is considered by many to be the number one motivational and inspirational classic for those who want to attain financial freedom and independence by learning from numerous important historical business leaders.

In 1908, industrialist Andrew Carnegie commissioned Hill to interview hundreds of successful men and women, in an effort to prove his theory that success could be distilled down to a clear-cut formula. While the book’s title and much of the text concerns increasing income, Hill’s teachings can help people succeed in any line of work, to do and be anything they can imagine. First published during the Great Depression, the book by Hill’s death in 1970 had sold more than 20 million copies.  By 2015 more than 100 million printed copies had been sold worldwide. Think and Grow Rich is now looked upon as one of the greatest road maps to achievement.”

“Whatever the mind can conceive and believe, it can achieve.” 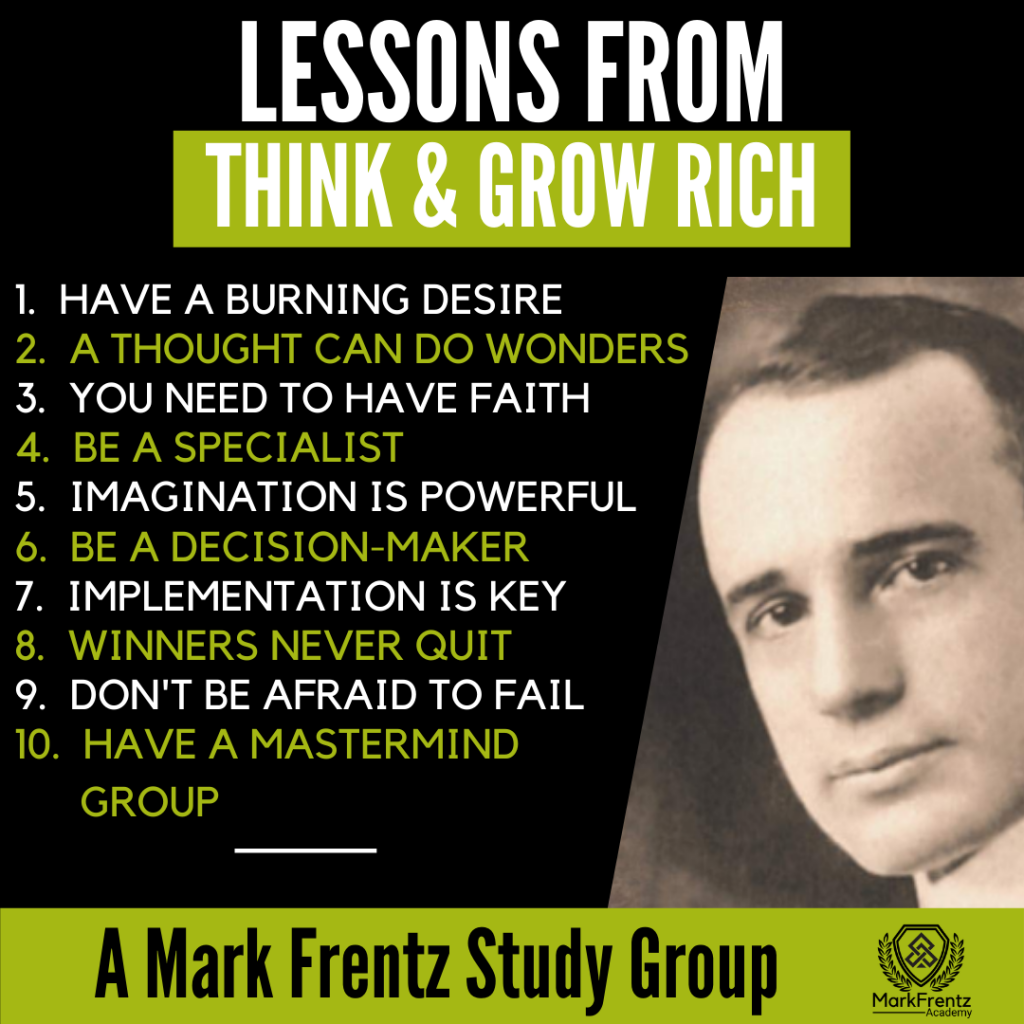 There are so many powerful lessons to be pulled from this book and applied to your life, but how exactly do you go about implementing them?

Join now for unlimited lifetime access to our study group where each week we dig into another chapter of the book and how the lessons can be applied to your life.