Realize that you don’t deserve anything before you earn it 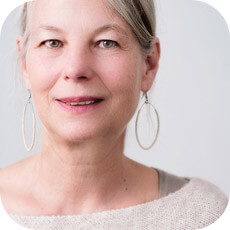 I just finished up a post on patience and wanted to follow up with a post giving you some tips on how to get anything you want. Read on to discover how…

When many of my coaching clients first begin the process of getting what they want in life they are surprised that I tend to focus most of my time with them in growing who they are. I’ll give an example I often give my clients: I have read that lottery winners go broke quite quickly after winning the lottery. I do not have exact numbers, but what I have read from others is that anywhere between 44%-70% of people who win the lottery have lost every penny within a few years. I’ve also read and heard from multiple sources that almost 80% of NFL players go bankrupt within 5 years of retiring. Why is this? Isn’t the answer to all problems simply having more money? Doesn’t the government throw money at people who struggle in life to fix the situations?

The fact is that money is simply a tool. Think of a hammer, a power drill, or a knife… If you learn how to use these tools properly, you will be able to do amazing things with them. If, however, you use a hammer to put in screws, a power drill to hammer nails, or a knife to clean your teeth, you will eventually run into significant problems. The reason many people run out of money so quickly when they win the lottery is that they haven’t become what they need to become before they are able to manage large sums of money. Another way of saying this is that they haven’t learned how to use the tool in the most effective way.

You need to grow into having more money, having more fulfilling relationships, holding down a certain job, weighing a certain amount, or remaining healthy. You need to learn how to use the correct tools in order to keep the things you really want.

I recently heard the late Jim Rohn speak of advice he was given from his first mentor. He told the story that this man told him his goal should be to make $1 million. Jim responded that he didn’t want a million dollars and his mentor told him to set it as his goal anyway by stating: In order to make $1 million you will need to learn to become a better communicator, manager of people, investor, salesperson, and relationship builder. After you have earned the million, you can give it away, but the other sills will remain forever! What a beautiful story of the power of growing into what we want.

When I was working on my bachelor degree I often heard groups f students talking about their ‘ideal future partner’. They would list physical attributes or their dream person or talk about how wonderful they wanted the other person to be. What I never heard in these conversations was how these people were going to become the kind of person that would attract what they wanted. The grass may be greener on the other side of the fence, but (as Earl Nightingale said) it is most likely because your neighbour has taken the time and energy to take better care of their grass. If you were to take over the yard, would it remain green?

Here is the simple question I will end with, today. In what area do you need to grow in order to receive what you want in life? This may be about relationships, or money, or business, or weight and health, but the one question is relevant for any of these areas of life.