Against the stream | Mark Frentz 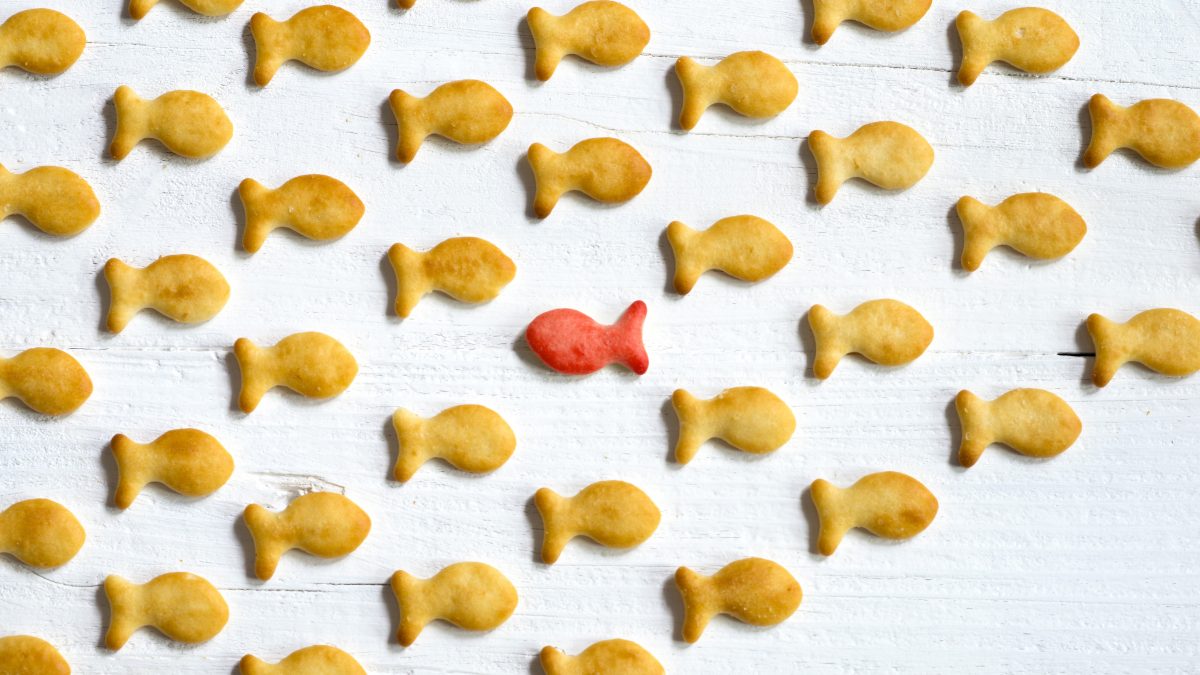 I enjoy looking at these unicorn fish… they look almost human in some ways! They resemble average people all thinking the same thoughts and doing the same thing almost in a trance. Read on if you DO NOT want to resemble the average.

Be the fish that swims opposite all the others… it will serve you well! This is a difficult thing to do, however, if you are a human being, because we are social creatures and naturally want to move toward others rather than against or away from others. Today’s post is not encouraging you to join a cult and leave all your friends. I will give a different way of looking at life and challenge some of your paradigms so that instead of being influenced by those around you… you influence those around you!

You need to move in a difference direction than those around you. Why? Not simply to be different, but to be great! Do you really want to be normal? Have you spent time thinking about what normal looks like? Having a lot of debt is normal. Waiting to retire until you are 65-75 is normal (and then relying on the government to support you on some level). Broken relationships and divorce is normal. Watching TV for hours to escape thinking about the fruitlessness of your life, having 2.3 children and 1.8 vehicles is normal…. Is that honestly what you want? The last thing in this world I want is to be normal. Normal simply means you are failing in all the ways the majority of people are failing. Again, that’s not what I want.

I want you to begin thinking differently about these three terms: Odd, Strange, and Weird. When I think about these words I get excited. If you have been a coaching client of mine in the past you will know that I often use these three words to refer to myself and I ALWAYS say these words with pride! I am proud to be odd! I am not normal and I never want to be. For the longest time while growing up and in early adulthood I felt so confused because I never felt like I completely fit in this world. I began believing I was odd in certain ways and was stressed out about it because I wanted to be normal. As I’ve grown and come to know myself so much better I’ve realized I was right; I have never really ‘fit’ in the cultures I’ve lived in. The reason for not fitting is that I want something more in life. I want to reach my potential and help others around me in significant ways. I don’t want to go through a mid-life crisis and be bored out of my head in retirement. I want to be of use to this planet up into my 90s!

Has anything I’ve mentioned so far sounded like you? When you think about yourself have you realized that you don’t really fit and want so much more? Good! Start becoming excited that you have a desire in you for more and that you will never feel whole or complete until you do things that others haven’t done and realize freedoms in life that few even believe are possible.

Earl Nightingale encouraged people to reach higher. He said that the air is so much more abundant and fresher at the top. It is far less crowded than lower down where everyone is competing with each other and frustrated with life. Another encouragement Mr.Nightingale gave was to begin to create rather than compete. Competition is for amateurs. Professionals create and you can see this in any field. In sports there are always a few people who are changing the way the game is played and they are never in danger of being out of a job. They are highly sought after because they don’t simply compete… they create! This is true of all businesses and any business. Look at the people out front. They are so far out front that it is sometimes difficult to see them! A good example is Elon Musk.

Here’s an exercise for you to practice for a week: Look around you and begin noticing how ‘normal’ and ‘average’ people really are and then make a choice to begin changing your life in one area. Becoming odd in one area of life will begin a process that excites you if you want the good life. Have a fantastic week!